There were a number of potential trip hazards at locations on the sidewalks around these two commercial office buildings.  In many of these areas, a combination of inadequate soil compaction and erosion had resulted in settlement of sections of the concrete slab, creating a vertical change in plane of significantly greater than the ¼” that is considered acceptable.  In some areas, the sidewalk had embedded masonry units recessed to the level of the concrete and spanning the width of the sidewalk.  In numerous locations, the mortar under and between the bricks was failing or missing.  At each of the locations where sections of the slab had settled, Everclear drilled several ½” holes for injection ports.  After the ports were placed and secured, we injected a two-part expanding resin into the soil beneath the settled slab.  Once injected, the material can expand up to 20 times, filling voids, condensing and compacting soil, and raising the settled slab to the desired height all at the same time.  After this process was completed and the injection ports were removed, we patched the holes with cementitious repair material.  To stabilize the loose masonry units, we replaced the surrounding mortar and or installed urethane sealant with a pedestrian traffic additive at the horizontal surface. 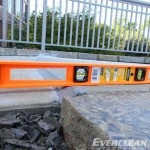 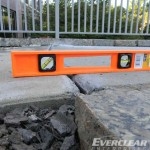 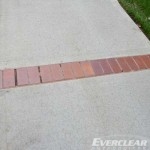 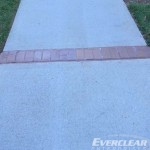 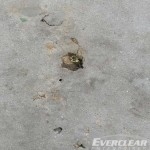 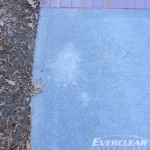 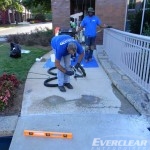 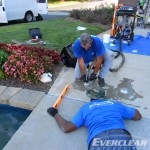 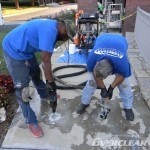 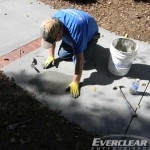